The Future is Uncertain

It is challenging to be an entrepreneur. Sales are crucial and if there is any uncertainty regarding sales, it is difficult justifying recruiting more employees. Without secure orders, it is difficult for companies to hire new workers. What do you do then if an order is canceled and someone is already employed? You would have to find work for those you’ve employed regardless of the number of sales your company has made. The recession has had a negative impact on many companies’ sales and thus there are many who do not dare to hire new staff.

This is one thing many employees are unaware of. An employee’s actual costs are much higher than what it says on their employment contract for their salary. On top of the monthly salary, the employer has additional payroll costs. These include group life insurance, social security, pension and unemployment insurance contributions. Employees cost about 20% more than just their salary.

One should also remember that sometimes workers are ill and wages are paid for those days not worked even though the employee is not contributing their time to the company. All workers also receive holiday pay, so an employer is effectively paying 12 months pay for only 11 months of work. Moreover, many receive a 50% bonus for the holidays on top of their holiday pay.

Occupational health care is also not free. One can easily imagine the cost of workers are at least two times their monthly salary. Nice and expensive, right?

What Kind of Workers Are You Really?

Each job on a person’s CV tends to be very carefully and diligently described. But the reality of what they did can be quite different. After a probationary period, a work situation can change and an employee’s efficiency can drop significantly. The employee may be on sick leave or simply lose interest.

The employer may never know what kind of worker they’ve actually hired until too late. Usually everything works out, but online you can find many horror stories of bad recruits that ultimately brought a business to its knees and may have bankrupted the company. Here are some examples of such cases.

It is Difficult to Dismiss

It can be really difficult to get rid of an employee who is unfit for work. The employee may be late or on sick leave. Trade unions often take care of the legal rights for employees.

The following time frame varies depending on the source, but generally it is believed that it takes between 8-10 months to learn everything it takes to successful complete a job. That’s 10 months of employment for an employee to properly learn their new role when they’re not 100% productive.

For nearly a year an employer must pay a full salary to employee someone who isn’t completely competent at their job. Only after the first year can the employer ask more from their new employee. In the beginning, hiring needs to be seen more as an investment in the future.

Is Now The Time For Change?

Above were some examples of why companies are not hiring but here are some solutions for employers. UKKO.fi is a clever solution for your company’s temporary needs. Contractors can bill you for their work and your company doesn’t need to hire them fulltime.

The growing number of unemployed people is an evergreen topic for the media, but there are many good reasons from an employer’s point of view for not hiring more people. If the risk of hiring could be reduced companies could recruit more.

Perhaps now is the time to start making changes.

Piia is a Communications Specialist passionate about social media and Finnish language. When she isn’t working, you’ll find Piia listening podcast or being a dedicated sports fan.

Join now - It's free, now and always. You get login details immediately.

Tell us your opinion!

More from the subject 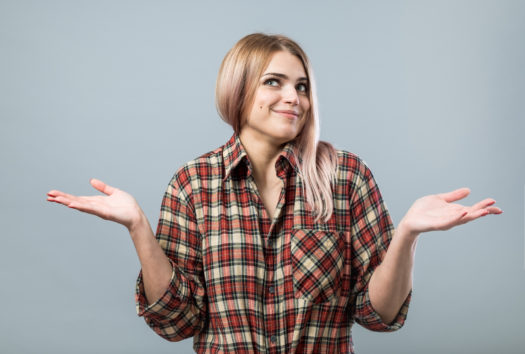 Salary Side Costs – What Exactly Are They?

Remember all the times you’ve made a contract with new employer and negotiated salary? I bet the employer never mentioned all the costs your...
19.9.2017 Read more »

We all know the pain of summer job-hunting but the same wave also hits the job markets every fall. The bigger the organization, the...
25.8.2017 Read more »

YEL Insurance – What Exactly is It?

Please note, that the numbers in this post will not be updated yearly. To check the up-to-date YEL limits, please head to our FAQ....
21.8.2017 Read more »